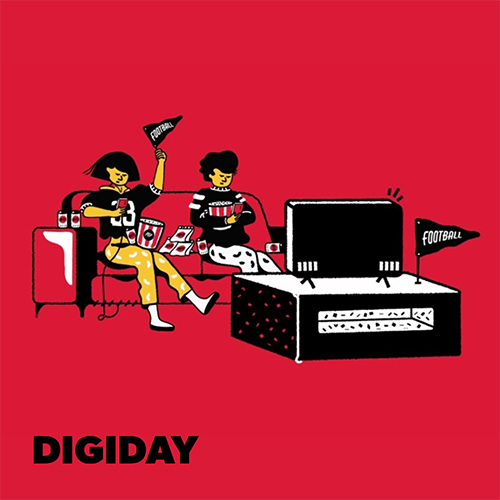 Bleacher Report believes it cracked the code for figuring out how to get the elusive age group of 18-35-year-olds interested in live sports in a way that is as monetizable as live linear sports broadcasts.

Bleacher Report’s House of Highlights has created a new online competition series called The Showdown, which features some of its audience’s favorite social media figures as they go head-to-head in sports challenges during a livestream. The competitions are unofficially tied to marquee sporting events, like the upcoming NBA All-Star Game, and are meant to garner excitement for the sporting events as well as earn ad revenue and new fans of House of Highlights itself.

However, The Showdown has yet to prove successful to advertisers, and has not sold ad spots yet — the first two iterations are being used as a donation driver to support historically black colleges and universities.

Gen Z and young millennial sports fans are consuming sports media differentlythan earlier generations, according to Doug Bernstein, general manager of Bleacher Report’s House of Highlights brand. This demographic is not watching live sports broadcasts on TV, but is tuning into online livestreams and watching highlight clips on social media.

And even more surprising, they are making sports idols out of social media influencers and YouTube content creators as fans have done with professional athletes.

“We’re seeing just as much success on creator-based posts as we do with [posts that feature] LeBron [James] or Steph Curry,” said Bernstein.

The Showdown was first tested against the celebrity golf event, Capital One’s The Match: Champions for Change, last November. The hour-long livestream had four influencers competing to see who could hit a golf ball closest to a pin and win $100,000. That event, which was livestreamed on YouTube and on the Bleacher Report app, accumulated almost 600,000 views on YouTube with an average watch time of 12 minutes. It also had 20,000 concurrent views within the app while premiering live.

The next iteration of The Showdown — called The House of Highlights Showdown: Knockout Royale — will take place adjacent to the NBA All-Star Game on March 5. In this challenge, eight sports influencers will compete in a basketball knockout filmed in an Atlanta-based studio. The last person standing will also win $100,000. Non-winning creator participants are still given some monetary incentive for the content they post on their own channels that are tied to the event, but Bernstein declined to disclose the terms of the arrangements.

The ultimate goal for House of Highlights is to “create a program that is complementary to how people traditionally watch live sports and the audience that that delivers,” said Bernstein.

Live sports audiences are lucrative, especially when it comes to major tentpole events like the Super Bowl, which can fetch $5.5 million for a 30-minute commercial spot.

The programming could be a good opportunity to fill those gaps with audiences, saidDaniel Fabé, vp and sports investment specialist at marketing agency Lockard & Wechsler Direct, but cautioned that “it will be difficult to compete with the level of linear spend seen on one of the premier events on the NBA calendar.”

Some of the participants in the upcoming Showdown include Matthew Meagher, who goes by MMG on YouTube and has 2 million subscribers; Jenna Bandy, who has 184,000 YouTube subscribers; and Mark Phillips, also known as Supreme Dreams on Instagram and has 2.2 million followers.

“We want to be able to establish something that can be a true apples to apples comparison to [live sports] that are broadcast on linear TV,” said Bernstein, adding that the hope is to match or even exceed the amount of viewers that sports broadcasts can earnwhile enticing a younger audience.

The Showdown’s creator-based competition is not meant to be a fleeting initiative, Bernstein said. Eventually, he hopes the show can expand to be its own IP franchise that is not directly attached to a major sporting event. He also said the idea is to create merchandise, like jerseys and T-shirts, that the company sells in its online store.

When the social media stars “come together, which they never do, it’s almost like the Marvel Cinematic Universe. All [of the audience’s] favorite creators are coming together and they’re going to be incredibly excited by it,” said Bernstein.