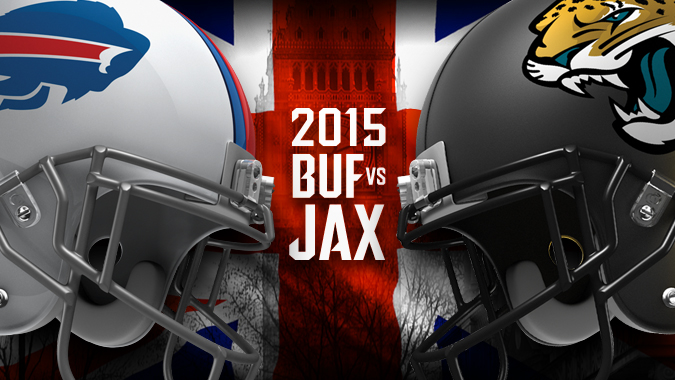 Growing up in Western New York, I have a natural, unfaltering love for the Buffalo Bills. Despite dressing head-to-toe in red, white and blue since the day we’re born, we are still struggling with some lingering depression from the 90’s (“wide right”, anyone?). Though I live in Giants/Jets territory these days, I’m still a diehard Bills fan. That’s why if you asked years ago if we’d ever enjoy a Bills’ game via live, online streaming and free of charge, we would have foolishly said no.
We were wrong. It happened, and I’m thrilled. As of last week, the NFL announced a milestone partnership with Yahoo who won rights to live stream the Buffalo Bills vs. Jacksonville Jaguars game from London, England on October 25th. The game will stream across all of Yahoo’s platforms including Yahoo, Yahoo Sports, Yahoo Screen and Tumblr and in return, they’ll receive exclusive ad rights. It’s been speculated that Yahoo paid ~$20 million to seal the deal.
It will be interesting to see what kind of money advertisers will be willing to pay to Yahoo in order to run during this event. In February of 2015, the Super Bowl brought in ~$400 million in ads for NBC. It’s safe to assume that Yahoo won’t reach that number, but there should be significant value to Yahoo’s bidding for this standalone game given the novelty of the platform. When watching Yahoo Screen right now, it does not feature any banner ads or sponsorship skins around the streamed content… Will this be an area that they’ll open up for extra ad dollars during this game?
But why would NFL choose to make this partnership over such a mundane matchup like the Bills vs. Jags? Yes, I’m insulting my franchise, but I’m a realist by nature. The game starts in London at 1:30 PM local time, which means it will air 9:30 AM Eastern, 6:30 AM Pacific. Could the NFL be looking to gain more of an audience in Europe?  NFL viewership is already the strongest of all U.S. sporting events, having had 202.3 million unique TV viewers during the 2014 regular season, according to Nielsen.
What does this mean for DR advertising? To us, the NFL is testing a new opportunity similar to the way that we do in DR. Crunch the numbers all you want but you can’t gauge performance until you test it.  The novelty of the first-ever NFL web stream should attract a lot of attention, but we have to wonder if the U.S. audience will be substantial.
An opportunity like this should mean future digital opportunities taken by the NFL, which is sensible given where advertising dollars are going these days. Yahoo’s president and CEO Marissa Mayer summed up their reasoning behind this partnership by saying, “We’re thrilled that the NFL has chosen Yahoo for this historic opportunity. It marks a significant change in the way users can access this amazing content. Our partnership provides the uptime football experience – with digital availability, designed for the modern fan.”
Yahoo and the NFL will have one guaranteed impression from myself here in the New York market, but we’re curious to see what the final numbers will look like.